On April 15, 2021, LIGHTSUM posted an opening video on social media unveiling their name and logo. Cube Entertainment was reportedly speeding up plans to debut the trio in the first part of the year later that day.

On September 17, LIGHTSUM established "SUMIT" as their official fandom name. "LIGHTSUM and their supporters become one through the medium (it) of LIGHTSUM (sum)," the term means.

On September 24, the group teased that they will make their first ever comeback on October 13 with the single album "Light a Wish" via social media. The single album, along with the title track "Vivace," was published on this day.

LIGHTSUM released three teaser images on May 6, hinting at a possible reappearance. Three days later, a teaser for their first mini album, Into The Light, was revealed, with the release date set for May 24.

These are the members of Lightsum:

1.    Juhyeon or Lee Ju Hyeon was born in Seoul, South Korea, on April 8, 2004. She went to Middle School for Girls in Boseong. The second member to be revealed was her. Juhyeon debuted as a contestant on the Cube Entertainment-produced reality survival show The Unit in October 2017. After finishing 25th in episode 14, she was eliminated. She competed in the dance combat show Dancing High on KBS 2TV in 2018. In the second episode, she was eliminated. Juhyeon was introduced as the second member of LIGHTSUM on April 19, 2021. The group made their debut on June 10 with the track "Vanilla." She enjoys going for walks, watching dramas, and listening to music. When she was in second grade, she began dancing.

2.    Sangah or Yoon Sang Ah was born in Incheon, South Korea, on September 4, 2002. Her older brother lives with her. She enjoys going for walks, watching dramas, and listening to music. When she was in second grade, she began dancing. She adores baseball and excels at it. She collects baseball players' autographed T-shirts. She isn't readily intimidated in front of others. Sangah was introduced as the first member of LIGHTSUM on April 19, 2021. The group made their debut on June 10 with the track "Vanilla."

3.    Chowon, also known as Han Cho Won, was born in Eunpyeong-gu, Seoul, South Korea, on September 16, 2002. Sophia is her baptismal name. She attended Eungam Elementary, Chungam Middle, and Hanlim Entertainment and Arts High Schools in Seoul. She competed on PRODUCE 48, where she came in 13th place. She was meant to be a member of IZ*ONE, ranking 6th, but she was demoted to 13th owing to the manipulation incident. She made her debut appearance on MBC News when she was in first grade. She worked out for a year and a half before joining PRODUCE 48. Cube Entertainment announced on August 21, 2019, that Han Cho Won had formally signed an artist deal with them, but no particular arrangements for her debut had been made. Chowon was confirmed as the third member of LIGHTSUM on April 20, 2021. The group made their debut on June 10 with their first single "Vanilla."

4.    Nayoung or Kim Na Young was born in Chuncheon, Gangwon-do, South Korea, on November 30, 2002. She went to Seoul Performing Arts High School, Namchuncheon Girls' Middle School, and Bongui Elementary School. She competed on PRODUCE 48, where she came in second place. She was a Banana Culture apprentice in the past. She was a member of the Newkid trainee group while a trainee with Banana Culture. In March 2020, she joined Cube. She worked out for a year and a half before joining PRODUCE 48. She imitates people's speech patterns, actions, and personalities. She made her through the first round of FNC, Woollim, and Source Music auditions. She was the fifth and final cast member to be unveiled.

5.    On April 7, 2003, Hina or Nagai Hina was born. She was revealed as the seventh member. Hina studied KPOP dance at a dance academy in Japan. There, she learned ITZY's "Icy." When she first started learning Korean, she thought some of the words were hilarious. Hina will just offer two thumbs up or say "OK!" if there are words she doesn't understand but can't question what they mean while speaking with the members. OK! ”. When she does this, though, the members will notice that she does not comprehend. Her friends and teacher surprised her with a party when she left Japan for Korea.

6.    On June 14, 2004, Yujeong or Lee Yu Jeong was born. She went to Seoul Performing Arts High School and Bongwon Middle School. She was revealed as the eighth member. She was a competitor on Produce 48 and came in 51st place. She enjoys playing the piano and dancing to K-Pop music. She has worked at Stardom Entertainment, Fantagio Entertainment, and CNC School as a trainee. She was a cheerleader for five years and was known as the team's "Rabbit."

7.    On August 1, 2005, Huiyeon, also known as Oh Hui Yeon, was born. She used to be a figure skater in elementary school. She also received two awards for figure skating. Snowball Entertainment used to train her as an actress. Rice noodles are her favorite cuisine, and she can play the piano. P-Nation, JYP, and Snowball Entertainment all passed her first-round auditions. Huiyeon was confirmed as the sixth member of LIGHTSUM on April 21, 2021. The group made their debut on June 10 with the track "Vanilla."

8.    On November 4, 2006, Jian or Kim Ji An was born. Burgundy and black are her favorite colors. Shopping and watching Netflix are two of her favorite pastimes. When she was in kindergarten, she studied Taekwondo for two years. The fourth member to be revealed was her. She was a JYP trainee in the past. Her personality is quite upbeat. "Let us live days without regret when we look back," she says in her life. 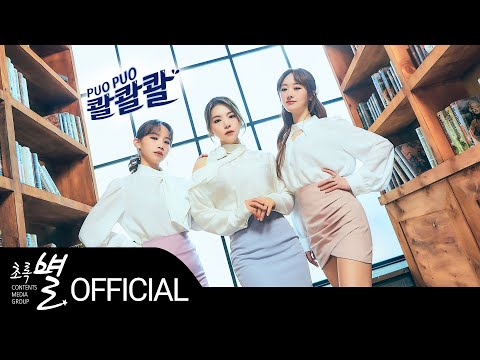