Fantagio launched Astro (Korean: 아스트로) a South Korean boy band that debuted in 2016. Six members have made up the group: MJ, Jinjin, Cha Eun-woo, Moon Bin, Rocky, and Yoon San-ha. They made their debut with the single "Hide & Seek" from their first EP Spring Up, and were named one of the best new K-pop groups of 2016 by Billboard.

Astro has grown in popularity year after year since their debut under Fantagio Entertainment in February 2016 with their single "Hide & Seek." They have over 11 million Twitter, Instagram, and YouTube followers, and have received over 30 award show nominations throughout the course of their career. Following the release of their second studio album, All Yours, in April, they topped the Gaon Weekly Retail Album Chart for the first time. You might be thinking, "Who is Astro?" because they are gaining new followers every day. They'll be on your radar sooner or later, so study these five facts about them now.

The name ASTRO literally means "star" in Spanish. Their logo is made up of two triangles that signify two As, one for ASTRO and the other for All Fans, and resembles a modified hexagram. Cha Eunwoo is the most well-known of the ASTRO members, owing to his hectic personal activity that includes modeling and acting. Internal concerns at Fantagio Entertainment have previously scared AROHA that ASTRO's existence in the Korean entertainment business would be jeopardized.

At their debut showcase on February 23, 2016, Astro revealed their official fandom name. They explained that "AROHA" was chosen since it is a mix of ASTRO, Heart, and All fans. The name is meant to represent the love between Astro and their adoring fans.

Astro has been busy as a band for the past five years. Throughout their career, they've published multiple albums, including the smash singles "Crazy Sexy Cool," which reached No. 11 on the World Digital Song Sales Chart, and "All Night," which reached No. 6.

Astro's most recent single, "One," was released in April alongside their All Yours album. It debuted at No. 1 on the Gaon Weekly Retail Album Chart, and Gaon has subsequently certified it platinum, making it Astro's first album to be certified by the Korea Music Content Association, which owns the Gaon Music Chart.

Switch On, Astro's next mini-album, will be released on Aug. 2 and will include the lead track "After Midnight," the group's first EP since the release of Gateway in May 2020.

Astro teased their new Switch On tracks in a highlight medley on YouTube to get fans excited for their August release. Their EP will include six tracks, according to the video.

Astro will premiere a new variety show called Before Midnight on July 31 at 11 p.m. in honor of their new album and single. (This is 10 a.m. ET). Fans can watch the episode on Naver Now, a Korean streaming portal. Every Saturday, new episodes will be broadcast. Keep up with Astro on Twitter, Instagram, and YouTube now that you know more about them.

MJ, who is 27 years old and one of the group's vocalists, is the oldest. Astro's leader, JinJin, 25, is known for his rapping skills. Eunwoo, 24, is also a singer. He is a well-known actor who has been in K-dramas such as My ID is Gangnam Beauty and Rookie Scholar Goo Hae-Ryung. Moonbin, 23, is a vocalist and rapper, while Rocky, 22, is a vocalist and rapper. Sanha, who is 21 years old and therefore is considered the group's "maknae" (youngest member), is another vocalist.

JinJin or Park Jin Woo was born in Ilsan, Gyeonggi-do, South Korea, on March 15, 1996. He stands 169 cm (5'7") tall and weighs 63 kg (139 lbs). He is the group's leader, main rapper, and lead dancer. His nickname is "Angelic Smile," and he's also known as the Sluggish Rapper due to his slow speech. Before joining Fantagio as a trainee, he graduated from Hanlim Multi Arts High School and attended NY Dance Academy in Ilsan.

He was the fifth trainee to be officially unveiled with Fantagio iTeen's Photo Test Cut. Eunwoo claims to be the last member to get up in the morning. His favorite color is green, and he speaks Korean, English, and rudimentary Chinese. Eric Nam's song 'Can't Help Myself' featured JinJin at one point. He likes playing the drums and would be a drummer if he wasn't a vocalist. Along with Rocky, he contributed rap lyrics to the majority of their albums.

MJ, or Kim Myung Jun, was born in Suwon, Gyeonggi Province, South Korea, on March 5, 1994. He is the group's lead vocalist. He's known as "The Happy Virus" since he's always smiling, cracking jokes, and being naughty. In 2015, she starred in the Fantagio Web Drama "To Be Continued." Iron Man is MJ's favorite superhero, and he goes by the moniker "Smile Engine."

Mint and yellow are his favorite colors. He is the group's most outgoing member. Impersonation and drawing are two of his special skills. His favorite food is seafood, and he dreams of one day opening a sushi restaurant. Sanha was the first person he met when he joined Fantagio. Moonbin described MJ as "a touch strange." Lee Seung Gi, an actor and singer, is his role model.

If Michael Jackson wasn't a musician, he'd be an architect. In the musical "Everybody's Talking About Jamie," he was cast as Jamie. MJ made his debut with the trot idol group Super Five on August 22, 2020. MJ made his solo debut on November 3, 2021, with the song "Get Set Yo." On May 9, 2022, MJ stated in Astro Aroha Fanmeet (AAF) that he will enlist in the military.

On March 30, 1997, Cha Eunwoo or Lee Dong Min was born in Sabon District, Gunpo, Gyeonggi Province, South Korea. He is the group's vocalist, visual artist, and face. Eunwoo's younger brother is a Chinese student. "Morning Alarm," "White Tee Guy," and "Nunu" are some of his nicknames. He is also known as "Face Genius" (meaning someone who has a crazily handsome face). He studied at Sungkyunkwan University, Acting Major, Hanlim Multi Art School and graduated in 2016). In 2013, he and Moonbin took part in Mr Pizza's iTeen Audition Promotional Model.

Jinjin said that he and Eunwoo are ASTRO's greatest English speakers. He is the fourth trainee to be formally launched by Fantagio iTeen with Photo Test Cut and is considered the sharpest member. He is a pianist, guitarist, flutist, and violinist. Blue is his favorite color. Eunwoo was a member of the 'Law of the Jungle in New Caledonia' team. "Master in the House" casts him on a regular basis. He was on the reality show "Handsome Tigers" on SBS.

Moonbin was born in Cheongju, Chungbuk, South Korea, on January 26, 1998. He goes by the names U-Know MoonBin (), Binnie (), Sleepyhead, and Puppycat (because he can make the face of a cat and the face of a puppy). His responsibilities in the ensemble include Main Dancer, Lead Vocalist, and Center. He made an appearance in the Balloons MV by DBSK in 2006. (as Mini U-Know Yunho). He was a kid model, actor, and ulzzang.

Beef is his favorite food, while he despises fish, egg yolk, and tofu. He is a piano player. "To Be Continued" and Mermaid Prince were two web dramas in which he appeared. Moonbin's childhood buddies include iKON's Chan, SF9's Chani, and GFriend's SinB. His favorite color is black, and his favorite pastime is video games. He has two cats, one named Roa and the other named Mojja.

He stated that if he weren't a singer, he would be a sportsperson, possibly a swimmer. Moonbin has been put on hold owing to health difficulties, effective of November 12, 2019. His break ended at the end of February 2020. With Astro's Sanha and Verivery's Kangmin, he is one of the MCs in Show Champion.

Rocky or Park Min Hyuk was born in Jinju, South Gyeongsang Province, South Korea, on February 25, 1999. Chef Minhyuk is his nickname, and he is a calm, dependable, and diligent individual. "Pebble" is his unofficial fandom moniker. The crew at Fantagio dubbed him "Dancing Machine." Minhyuk auditioned for TVN Korea's Got Talent on July 14, 2011.

He appeared in "To Be Continued," a web drama. Rocky took part in the "Hit the Stage" competition. He said that his favorite color is red and that he is a big eater. Minhyuk is the first trainee to be introduced in the Photo Test Cut. He choreographed the Astro music videos "Fireworks" and "Wake up call." He stated that if he weren't a vocalist, he would teach dancing. Along with Jinjin, he contributed rap lyrics to the majority of their albums.

Sanha, also known as Yoon San Ha, was born in Seoul, South Korea, on March 21, 2000. He's a devout Christian. Beagle, ddana, and tiny tiger are some of his nicknames. His personality is pure and innocent. Junha, born in 1995, and Jeha, born in 1998, are his older brothers.

He is the group's Lead Vocalist and Maknae. His father and brothers taught him how to play the guitar. He studied music at A-Sound Music Academy. He has a flexible physique that allows him to fit into a bag or a cupboard. He has a shellfish allergy and cannot drink coffee. Blue is his favorite color, and he has two cats named Kiyong and Ray.

On December 16, 2012, he was accepted as a trainee at Fantagio iTeen. "To Be Continued" (2015 Fantagio Web Drama), and "Love Formula 11M" are two web dramas in which he appeared. With Photo Test Cut, he is the third trainee to be officially introduced. He enjoys bullying his younger siblings. He would most likely be a guitarist if he wasn't a Kpop singer. 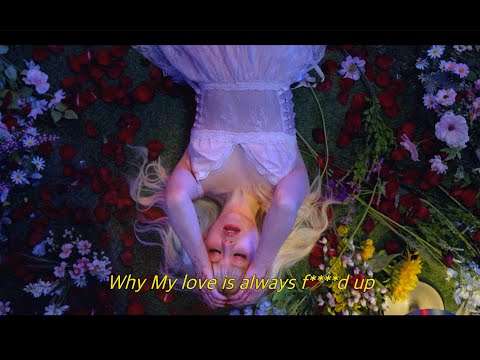